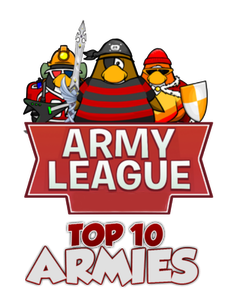 SLUSHY, Army League HQ: With Legends Cup going on, we’ve witnessed great battles this week! Although Pirates, the previous holder of the top spot and a top ranked army of the CP Army League, made their leave due to a mutlilogging scandal, we’ve seen many new small-medium armies making a rise. With the disappearance of an army superpower, who’s going to take first place this week? Read on to find who claims the throne of the Top Ten!

1. Ice Warriors– Ice Warriors have held three events, resulting in this week’s top spot on the Top Ten. Starting off with Round 2 of Legends Cup, IW were able to max 70 against the now-merged Animal Kingdom. Following that, a practice battle was held between IW and Dark Warriors, maxing 70. Their final event of the week was an exclusive mop event where IW was able to max 95+.

2. Doritos –Doritos solidify their position at 2nd place with two strong events this week. Starting off their week, Doritos dominated in the second round of Legends Cup against the now-dead Dark Bandits, maxing 68 and resulting in a unanimous win. In the middle of the week, DCP held an AUSIA event where they maxed 53. Finally, Doritos ended their week in the Legends Cup Semifinals against Help Force. Despite their loss, they managed to max 81.

3. Dark Warriors – Dark Warriors continue to fight for their position as a major army, and as a result, gained 3rd place with 4 events this week. Beginning their week was the second round of Legends Cup against SWAT, ending with both a max of 55 and their victory. Next, DW held two AUSIA events: their shark takeover, maxing 32, and a training, maxing 45. Midst the week, they’ve held a Veterans Lead event, maxing 45.

4. Elites – The Elites had a great week consisting of four events, all maxing above 30, leading to 4th place. The Elites won their second round of Legends Cup against the Water Vikings maxing 34, then held their Green Revolution event, maxing 45. In preparation for the semifinals against RPF, the Elites’s training maxed 38. Unfortunately, they fell short against RPF, maxing 35 in the LC Quarterfinals.

5. Water Vikings – Although WV ended their week with a leader gone from their strong leadership, they’ve had two events maxing 40+, along with a third upset. In the second round of Legends Cup, WV faced Elites and despite their loss, WV maxed 42. Next, their Miners Training was their record event of the week, maxing 46. Last but not least, WV’s practice battle ended with a max of 22.

6. Alberto Warriors – The Alberto Warriors were able to capture the 6th spot with two invasions this week. First, they’ve invaded “Agent 11’s Heart”, maxing 19. Following that, they prompted Frostbite on the CP Army League’s Map, maxing their record number of 35. 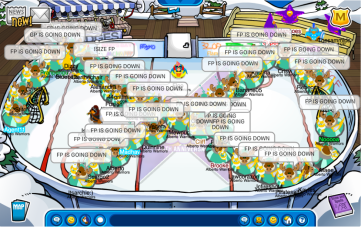 7. Marines – Marines began their reign over CPAL with an opening event, maxing 20. Without time to waste, they went against Golden Troops in a practice battle, maxing 16. Marines also held two AUSIA trainings, one maxing 12 and the other reaching 17. Last but not least, they’ve ended their week with a max of 18.

8. Royals – Royals continue their autocracy over CPA through three events held this week. They had a Fish Takeover, in which they maxed 21. Next, they had a practice battle against SWAT, maxing 19. Although Royals were shut down by Help Force in Round 2 of Legends Cup, they were able to max 19.

9. Special Weapons & Tactics – SWAT may have dropped in rankings, but that doesn’t excuse them for having a solid week. Their first event may have turned to an unofficial practice battle with Water Vikings, in which they maxed 16. Although they ended Legends Cup with a loss, SWAT maxed 22 against the Dark Warriors. At the end of the week. in a practice battle against the Royals, SWAT was able to max 17.

10. One Direction Army – The One Direction Army have had that One Thing this week, and that was making a return on the Top Ten! Despite having one event, ODA proved they can’t be dragged down by maxing 21! Next, they held a ULEAD maxing 18.

CP Army League Board of Director