SABERTOOTH, AK CAPITAL – The beloved Animal Kingdom army has recently merged with their brother allies. From the 18th of April, 2020, to June 7th, 2020, the Animal Kingdom was able to prove the strength of S/M armies, capturing tons of land on the map and being one of the strongest. But in its final days, it had to merge. Read more about it below!

The Animal Kingdom army was another army that started from purely CPAL. Created by Leila, Pablo, and Bash, all from Redemption Force, created an army to be a fun environment and to get the leader experience. Leila, the main leader, established Animal Kingdom due to her dream job being a zookeeper, not because she was a furry. It was a truly unique army. 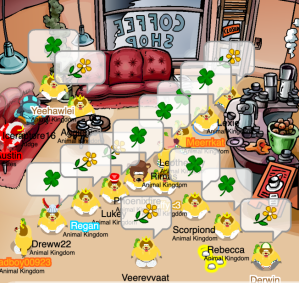 Animal Kingdom was doing fairly well until the weekend of June 6-7th.. That was the day of a Legends Cup Round, AK against IW, but more importantly, Leila announced she would be stepping down as leader after that round. She did not bail, but in a still confusing situation, two leaders could not make the battle and left the server, and in the confusion Leila made the heartbreaking announcement that her army had to be shut down.

There was no doubt that the connection between troops was strong. I have no doubt that these dedicated troops will go on to good places in the CPAL community. To get more of a personal touch on the situation, I interviewed former leader and AK creator, Leila. 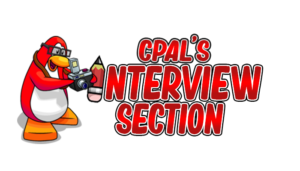 CPAL: What were your motives to create Animal Kingdom in the beginning?

Leila: i chose to make it because I thought it would be such a fun experience to be able to lead my own army. i had a small group of friends that agreed with me and helped me create it! i wanted it to be different and a fun environment.

CPAL: Are you impressed with Animal Kingdom’s overall performance?

Leila: i was really happy with how we did overall! i had tons of fun making memories, especially our successful invasions and defenses. and winning the first round of legends cup. we did such memorable things and i’m never going to forget that

CPAL: Do you feel good for your troops’ futures in armies?

Leila: overall for myself and Drew, my past leader/leader in training, i feel we’re gonna have so much fun in DCP, and i’m very thankful for them for accepting us in. I know my troops will stay dedicated and keep working hard. i’m proud of them for all that they helped me accomplish during AK’s time. very excited to see what the future has in store for all of us

CPAL: What, in the end, made you want to merge?

Leila: at first, i was just going to step down from my leadership position and resume as advisor. however, we had quite the day right before the legends cup and afterwards. legends cup was an absolute train wreck for me, anyone in AK’s event vc can say that. we had leaders miss the event and then overall left the server. this absolutely blew my mind – no hate to them though, this is a game. life comes first. it was just a shock to me and the rest of my hcom. we held a vote and we decided on GT because they were our brother allies and small armies help small armies.

CPAL: That’s all. Thanks for your time. Anything else you’d like to add?

Leila: thank you for the interview! i’d just like to add that no matter what happens, keep the friends you make here close! they help you more than you know!

As you read from this interview, AK had a good time when it was alive. The troops have made memories with each other, and although this shutdown is sad, they remain strong. The merge of AK is the end of an army, the end of an era.
What do YOU think? Was Animal Kingdom’s merge necessary, or was it too much? Will AK ever come back? Put what you think in the comments below!
Semi
Club Penguin Army League Reporter