VANILLA, Elites’ Territory – after instating Firestar into the Elites’ leadership, the Elites have just absolutely continued to rise event after event, and have declared war on the Redemption Force. I’ve decided to look into these scheduled invasions, Elites as a whole, and their future. Read on to find out what’s going on with the Elites!

The Elites were resurrected early May by Simmonds2000, LuciferStar and King Mythic, after a disagreement with the Special Weapons & Tactics leadership. Both Simmonds2000 and King Mythic are well respected army veterans, with leadership in Special Weapons & Tactics, and Templars respectively. LuciferStar is a newer kid on the block, having only really holding staff positions in armies – with an ownership position in Special Weapons & Tactics, but is already out making history with the Elites. With their experience combined, they wanted to create their own army and ultimately decided on bringing back the Elites – created all the way back in 2007 by 77Ninja.

The Elites wanted to be official under the Club Penguin Online: Army League, and to do so you have to hold an event with more than 10 people in attendance. The boys begun prepping, hiring owners and staff and scheduling their return for May 5th. When their event came, more than 25 people attended – almost hitting major status right away, and the army proved right away it was one to keep an eye on!

The Elites focused on recruiting, bringing in new staff and owners and ultimately attempted to chase major status. The Elites never dipped below sizes of 20+ at their events, proving them to be in their one month lifespan that they’re here to stay and one of the most consistent armies within our league.

One week after their return event – the Elites scheduled an invasion of Avalache, their chosen capital server. They had spent the week recruiting, and prepping for this. Their first invasion. It went well, with a 40+ maximum size, continuing the consistency from previous events, and paving the way to major status. A photo can be seen below:

And within the next week, they had gained the major status that they were striving for.

Since their recreation, the Elites have clearly grown and shown that they want to continue this growth. They’ve now started their very first war: the Redemption Force. An army notorious within the community, and the Elites recently scheduled invasions on them. With the Redemption Force lacking as of late, the Elites don’t have as much work cut out for them as they would have had, but it’ll still be a challenge.

I decided to reach out to LuciferStar, Elites leader, to grab his thoughts on the conflict and the Elites army as a whole. 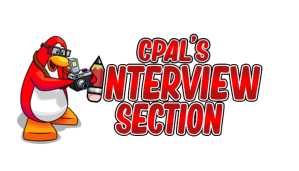 CPAL: It’s no secret Elites have risen a lot recently, what do you think this is down to?

LuciferStar: It’s all credits to my troops, they’ve been competing with each other over who would get the most recruits before we hit 400 members and I think that competitive spirit in the army is what’s been helping us grow, of course we’ve got several new additions to our HCOM and our new Emperor, Firestar is bound to help our army scale newer heights. The magic is in our troops more than anything to be very honest.

CPAL: Why did you schedule invasions on Redemption Force?

LuciferStar: Well if I told you that, then it wouldn’t be a secret anymore, now would it?;)

CPAL: Redemption Force have fallen off a little bit as of late, do you think this will make battles easier for you?

LuciferStar: Irrespective of however their past results might be, I’ve never underestimated an army. You never know how good they may perform as they defend their land, so no, I don’t think the battle’s going to be easy, but our troops are ready for whatever is coming

CPAL: What’s next for Elites after Redemption Force?

LuciferStar: Well our initial focus immediately after Redemption Force would be the Legends Cup. Once that’s over, we’re looking to begin scaling our numbers, we’ve peaked most recently at 35, we’re looking to hit 60 by the end of June, which I believe is definitely possible!

CPAL: Thank you for your time! Is there anything else you’d like to add?

As we can see from the above interview, LuciferStar is very keen to keep on growing the Elites. All the power to him, he came in with little to no experience and has grown the army, and is now warring with an ex-major army. It will be interesting to see how this war goes, with the two armies being similiar in sizes.

In my personal opinion, I think the Elites Army is, and has been since it’s revival, an army to look out for. The boys have recently aquired a new Emperor, Firestar, and army veteran and ex-Ice Warriors leader. I think with their combined experience, Redemption Force will have their work cut out for them. Good luck.

What do YOU think about the Elites army? Do YOU believe the boys have been successful so far? How do YOU think this war with Redemption Force will go? Let me know YOUR opinions.