SLUSHY, CP Army League Headquarters- Today we bring to you all the fifth edition of the Meet the Board series. If you don’t already know (you really should) the board members are the most important people in the league, they are the highest members of staff and have the most important roles such as registering new armies, updating the server map and making sure we have a good time by scheduling tournaments. We never really had a chance to have a chat with them so the reporter crew has decided to have this segment so we cant get to know the board members better. Today we bring you to our only dominant lady board member, give it up for Mehakk.

She joined armies back in June 2019, recruited by the Royal Family Of CPO in town. She soon became the most active member of royals and she made a whole lot of new friends. After a month, She became a French Moderator for the royals and soon she became an official staff in royals. A few months later, A small change occurred in the leadership of the royal which opened up a space for Mehakk to be a leader. She was able to lead Royals alongside the other leaders through a rough patch and came out successful. Recently, she retired from the Royal Family of CP (which can be read here.) to focus more on her real-life situations and to help out Club Penguin Army League as a Head Of Board. Believe it or not, she was once a reporter for CP Army League and she quickly rose her ranks from “Reporter” to a Board member less than a month because of her amazing posts and responsibilities.

The First event that mehakk led was a battle between templars

I was able to sit down with few of the leaders from Royals that worked with Mehakk and get a statement from them about what they think of our favorite Mehakk:

Mehak is definitely one of the best leaders I have ever seen. Leading with her was a gift and she is a real hard worker. Honestly, I don’t think Royals would have been much of a success if it weren’t for her. For all that she has done, she deserves her spot on the board and I am really happy for her.

Mehak is one of the best people I have met through CPAL. She is one of the best leaders I have had a chance to work with her. She is a super dedicated, hard-working, and all-around awesome individual. As a leader she often took charge and did a lot of amazing things for Royals. She is extremely funny and never fails to brighten up a room. Mehak is always there for those who need it, whether it be something small, or something big. Mehak is one of my closest friends on CPAL and she deserves the world.

Mehak is one of the most genuine people I’ve met during my time at CPAL. She is a nice, funny, and an amazing person. Mehak was one of the best people to be on a staff team with she always took charge in situations and used her creative mind to help advance our army. She works hard and is always a team player. Mehak is one of my closest friends on CPAL (and my favorite ex egirl)

After hearing spectacular and such wonderful things about mehakk from the people that worked with her, I decided to sit down with mehakk and learn more about her and her personal interests:

Interview with Head Of Board, Mehakk

CPAL: Hello Mehakk! Thanks for spending some time with us. What do you do in real life and could you mention some of your hobbies?

Mehakk: well, I’m currently a senior in high school and am going to uni for kinesiology next year. Outside of CP, i like to go on runs, do robotics, cook, bake, and watch lots of Netflix

Mehakk: that’s a tricky question but my favourite show is Brooklyn 99, and my favourite movie would be any of the Purge movies (even though they’re not on Netflix)

CPAL: Brooklyn 99 is one of my Fav shows too. How do you manage armies and your academic situations and stay 24/7 online?

Mehakk: LOL it looks like I’m online all the time because I’m always in vc

but I’m pretty good with time management so it wasn’t too hard to balance armies and school but it’s definitely difficult.

CPAL: lol sounds great, What do you like the most about our community?

Mehakk: I always like talking to new people and also the hype around battles/wars/tournaments

CPAL: Yeah, I am pretty sure you are hyped about Legends Cup X like all of us. Since you retired from Royals, Do you have plans to lead a new army or an existing army?

Mehakk: I have been thinking about looking for a new army, but I think I’m going too continue laying low for a bit longer. i definitely miss leading though

CPAL: I hope you find what you desire but there have been claims that you are a furry. Can you give us a confirmation to us whether you are a furry or not?

Mehakk: I can confirm that I am definitely not a furry 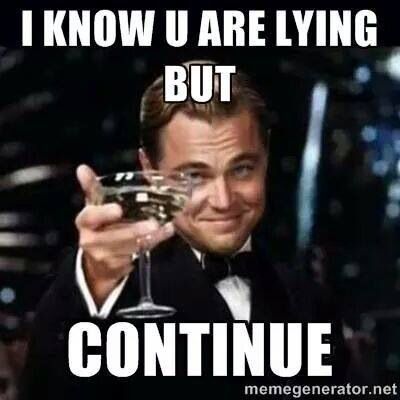 CPAL: Thank you for sparing your precious time with us, Anything else you’d like to add?

After learning a lot about Mehakk and her interests and her experience in armies, Now we know she is very dedicated to her work and we are glad to have someone hardworking in the board team such as Mehakk. Stay Tuned for the next Meet the Board Edition.

What do YOU think? Do YOU think she is a furry? What is YOUR favorite NetFlix Show? Who do YOU want to see in the next Edition? Comment Down your Opinions!

2 thoughts on “Meet The Board: Mehakk”