Klondike, Army League HQ – SWAT’s newest leader is back to reign in the new generation. After SWAT’s return, we’ve seen this army’s leadership go through quite a few changes (which you can read about here). Continue reading for more below.

During this weeks Leaders Lounge, I sit down with one of their newly appointed leaders, Taco, to get the scoop on what it’s like to lead at SWAT.

Taco has been around the armies of Club Penguin since early 2010. He’s been in various armies since joining, a few of those being Tacos, Fire Warriors, Pretzels, and the original SWAT as a leader. He has recently joined the CPO Army League since Club Penguins shut down, and has returned to SWAT and regained his title as leader to lead them through this new era.

CPOAL: You’re SWAT’s most newly appointed leader. What was it like coming into the leadership team that was already established?

Taco: It feels great, every generation of SWAT that I have been in was built from the ground up with my help. I came to SWAT this generation, to an army fully equipped with incredible leaders, staff, and troops.

CPOAL: You were in SWAT before this generation. How has it changed since then, both negatively and positively?

Taco: SWAT has changed drastically since I was last leading. I can say SWAT has only changed for the better. New rules, better rule enforcement, new communication service, new leaders, new SWAT. Only negative that I can possibly think of is not having the great Badboy00924 with us.

CPOAL: Where were you at, regarding CPO armies, prior to becoming leader at SWAT for this new generation?

Taco: I’ve kept an eye on the community for a while, when I was alerted that SWAT was back, I came on with hopes of helping as an advisor, which transitioned into leader.

CPOAL: How did you earn the trust of the current SWAT leaders to be put in the leadership position? Did you know them beforehand?

Taco: Haha well, they offered, and I accepted. But in all seriousness, not only am I former leader of SWAT, I am also SWAT legend & Godfather. I’ve known most of the current leadership from former generations and we have tremendous respect for each other. I believe the current squad we have put together can take SWAT to never seen before heights.

CPOAL: What are your goals for SWAT in the upcoming weeks?

Taco: My only goal in SWAT is to make SWAT the greatest army in the league.

CPOAL: Do you have anything else you’d like to say to the CPOAL community?

Taco: Join SWAT before all ranks are filled to capacity

SWAT has been around for a long time, but this new generation seems to have sparked a new motivation for not only SWAT’s leadership team, but its troops as well. They saw 45+ at their first division battle and have seen these numbers and higher as a steady normal ever since. 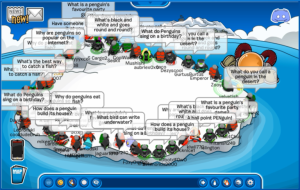 Taco, being a SWAT Legend and Godfather, has chalked up to be a great addition to SWAT’s current team of leaders. No one can say for sure how long this generation of SWAT will last, but if SWAT continues to be the powerful force they are now, it is safe to assume they will become one of CPOAL’s most formidable armies.

What do YOU think about SWAT’s new leadership team? Do you think SWAT will continue to be on the up and up? Let us know in the comments below!